After I had recovered from the illness which brought me home from my first stint in Ethiopia, I became the on staff surgeon of a large (602 bed) Queensland country hospital. The previous surgeon had become the full time Medical Director. As I took over he requested that I allow him to manage the patients admitted with burns. I was only too happy to agree. I can hardly remember a single time in my stints in Ethiopia when we didn’t have at least one burns patient and usually more in the wards.

Burns are common in Ethiopia for the following reasons.

BELOW THE LINE ARE PHOTOS OF BURNS – SOME ARE GRAPHIC

We did not have an ICU department nor a burns wards. Basically there were only large wards and everyone, whatever their condition had to take their chances. Attempts were made to place people wisely but numbers were too many for the beds and nursing staff were overworked and they were inadequate in number.

I will show a few pictures and look at a few of the problems we faced.

In the second picture you can see that some grafting has been done and the bare bone has been drilled to allow granulation from the medulla, so that later we could graft it. 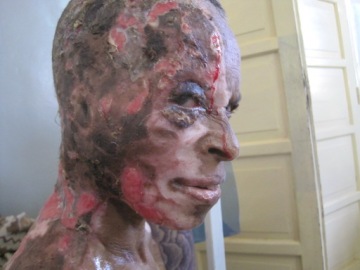 At the same time in the next bed we had a case which might be described as her twin. It was an almost identical burn.

I will categories the burns shown below as: -Electric, Massive, Contractures. I will show  examples of each. Firstly Massive burns

This young man was burnt over most of his body back and front. We didn’t have an electric dermatome, so grafting was somewhat difficult. He had to be turned often. He was in hospital a long time and developed renal stones. 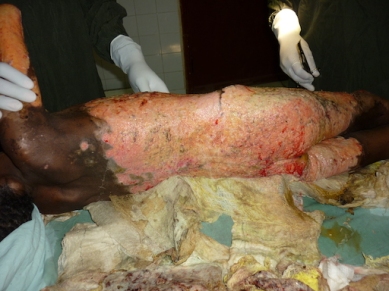 Electrical burns. I have written about this boy elsewhere. He lived up in the mountains and was somehow electrocuted. 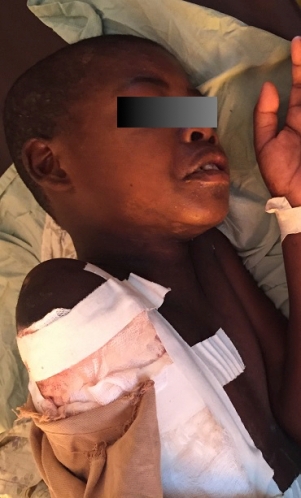 I don’t know he survived but after some days he was brought to the hospital. Noone in the hospital ever new his name and except with mime and goodwill we were never able to communicate. There are over 80 languages in Ethiopia. His right arm up to his shoulder were necrotic; his left leg below the knee was necrotic. Both needed to be amputated. He had another patch of necrotic skin on his right chest wall and one on his left calf. He developed tetanus, and although we had to treat him in the ward with continuous IV valium with added aliquots as necessary he survived. It is isn’t easy to mobilise someone with both limbs on the same side gone.

We His very caring father had a severe injury on his right forearm which made it useless in helping. While the wheel chair was very useful in the hospital, it would have been little use in his mountainous home with heavy rains and mud most of the year. 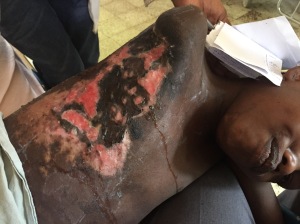 Contracture. We obviously had to work hard to stop these with new burns, but often the long standing contracture was what brought them to the hospital. And for many multiple operations and long term care was essential, and very expensive for them although the hospital charges were by Western standards very cheap. 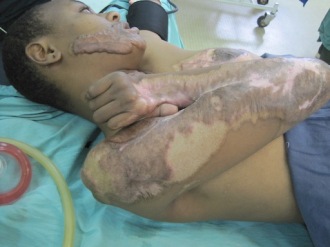 Here are a couple of examples. Sometimes we got good results but on occasions the patient became impatient with the need for several operations and left with what we considered an inadequate result. 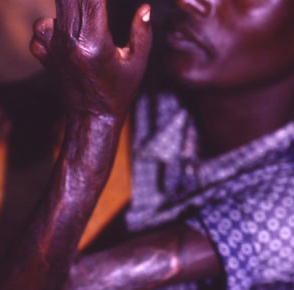 At other times the result was anything but a perfect result but converted a useless into a useful limb. The man two above went when we had his elbow out to 90 degrees but needed work on his hand. The man just above (and you can that his elbow has been released) stayed and I excised his carpus to make it possible for him to have a more flexed wrist  – but after that he more significantly  could flex his fingers. In the culture the left arm is used for ablutions and the right for greeting, accepting and eating. His left hand could now be used for its ‘correct’ purpose! He was very happy.

This site uses Akismet to reduce spam. Learn how your comment data is processed.